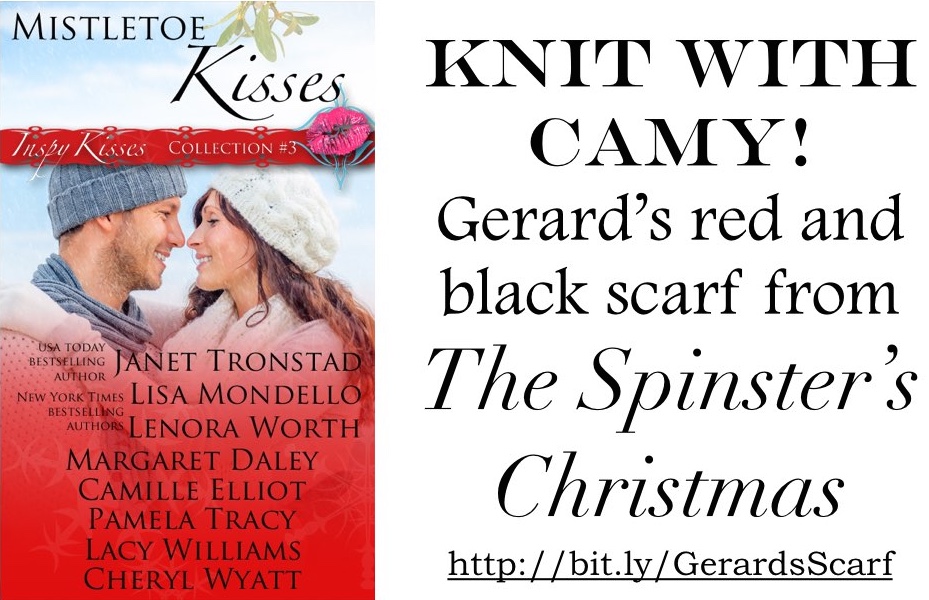 Camy/Camille here! As I write this blog post, I’m working on finishing “The Spinster’s Christmas,” a new Regency romance short novel that will be included in the upcoming Inspy Kisses anthology, Mistletoe Kisses. The anthology features 7 other authors with me and includes contemporary romance, romantic suspense, and historical romance stories.

It was absolutely fascinating to research Christmas in the Regency, and especially kissing boughs. 🙂 There is a scene where the house party goes skating, and my heroine, Miranda, has lost her scarf (in an earlier scene). The hero, Gerard, gallantly gives her his scarf, which is knit in red and black.

Knitting patterns were called receipts because they were literally received from someone, passed down from generation to generation. There is a receipt of a Gentleman’s Comforter in the book, The Ladies’ Knitting and Netting Book, First Series by Miss Watts, originally published in 1837. You can download the .pdf of the Fifth Edition, with additions, which was published in 1840.

I am fairly certain that although this knitting book, one of the first of its kind, was published after the Regency era, the patterns were probably much in use during the Regency period and perhaps even in the Georgian era before that. The patterns simply were passed from friends and families by word of mouth or hand-written patterns.

I based my hero’s scarf after this Gentleman’s Comforter pattern, although I embellished it a bit by having it knit in red and black rather than a single color. Here’s the original pattern from the book: 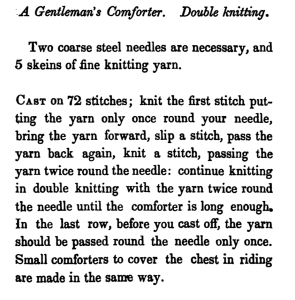 Want to knit this with me? Let me know! 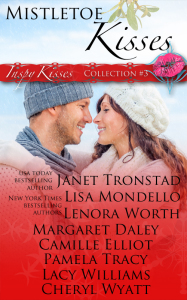 Mistletoe Kisses is available for $0.99 only until November 30th! Preorder your copy today!