Do we. as regency readers, fully understand how, and from where, the wealth of the average wealthy nobleman arose? Mostly, from farming. Yes, there were those who had ships, investments, mines, you name it, but farming the family land was the most common way to wealth that I am aware of. Some lords were good managers of their estates, but even the good managers needed stewards, especially when they owned multiple agricultural estates and spent much time in London.

Picture an estate of as large as 11,000 acres. For the owners to have any leisure-time, they needed to employ a ‘right-hand man’ to look after the management of the estate. The man in question was the agent or land steward.

Duties: The estate had a number of heads of departments, such as the head gardener, head gamekeeper, etc. The agent was responsible for all of these departments, paying the wages of the workmen and keeping regular logs and accounts of work done. He kept a detailed set of books recording repairs to buildings, fences or roads, as well as information regarding game, livestock and crops. He was also in charge of collecting the rent from the estate’s tenants, and for this reason he could be an unpopular figure.

The agent  spent a lot of his time touring the estate on horseback, dealing with tenants and estate workers face to face. He was required to keep a terrier, a book recording the boundaries and tenancies of the land, which included the rent roll. A good agent needed a head for figures, meticulous record-keeping skills, an all-round knowledge of farm work and land maintenance, and an aptitude for dealing with people. That the job could be dangerous is clear from records of assaults on agents by tenants, and at least one steward murdered on an estate.

A steward’s house near the main gate of an estate.

The most important position on an estate was the steward, who was the chief administrator and, in earlier times, the lord of the manor’s deputy. The steward wielded considerable executive authority.  He transacted all the legal and other business of the manor estate, kept the court rolls, etc.

The steward was usually resident on the Estate.  The steward was responsible for finding tenants for farms, negotiating leases, recommending and supervising improvements, and collecting and disbursing estate revenues.  His influence certainly also extended into the domestic realm of the estate. 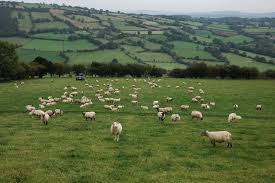 Those of us who write, or read regencies, can easily see how the dishonest steward often crops up as a plot element in our fiction.  They can be made into a convenient villain.

For the most part, however, they were honest men, working for a living, surely taking pride in the nurturing of the property.

Have you ever read a regency with a lordly hero disguised as a steward? Any regencies with wicked stewards? Please respond in the comments. Thanks, Susan