When Highlander’s Hope heroine, Yvette Stapleton finds herself married to the hero, Laird Ewan McTavish, without benefit of a marriage ceremony, she’s more than a bit put out. In fact, it nearly destroys her trust in him.

My quandary was how to get Yvette married to Ewan without her knowing it. Was it possible to simply say you were married in 1817 Scotland and, poof, you were indeed legally married? Would the marriage be recognized by the Church of Scotland?

Those are the thoughts that sprang into my mind one day while contemplating the dilemma. I wasn’t considering handfasting either, which by the 18th century, was no longer recognized by the Kirk (Church) of Scotland.

No, I needed something recognized by the Scot’s Church. I starting digging into Scot’s marriage laws of the 1800s and was pleased-as-punch to come across Scot’s Canon Code and irregular marriages. In essence, anyone could perform a marriage ceremony as long as the parties involved expressed consent to the union, either in person or in writing. Most romance readers are familiar with Gretna Green, and the romantic notion of couples trotting off to Scotland to get married—quite literally over a blacksmith’s anvil. Well, that was part of the Canon Code.

Irregular and clandestine marriages—those not performed by a cleric of the church—included simply agreeing to take one another as husband and wife before two witnesses (Gretna Green), cohabitating in Scotland under the ruse of being wed, and finally, by merely declaring you were married—even if no ceremony had taken place. You could also agree to marriage in writing with express consent. There was no particular form, either verbally or written, required for the marriage to be valid and binding.

I arranged for Yvette and Ewan to claim they were married in the midst of a very dangerous situation in order to prevent Yvette from being ravished. I reinforced it by having Ewan declare to several kin and clans members that he and Yvette were married, and then I had them cohabitate at Craiglocky Keep under the guise of marriage. Yvette was unconscious for the first four days she was at Craiglocky, so she wasn’t in a position to protest the implied marriage.

I did take a bit of liberty with the code, but then, isn’t that what we authors do?  I’ve got another story fermenting in my mind, and I do believe I’m going to use the written agreement as an segue to an irregular marriage.

Just an aside, Gretna Green is still a wildly popular marriage venue in Scotland.  I have an unmarried daughter. She wants to get married in Scotland. . . 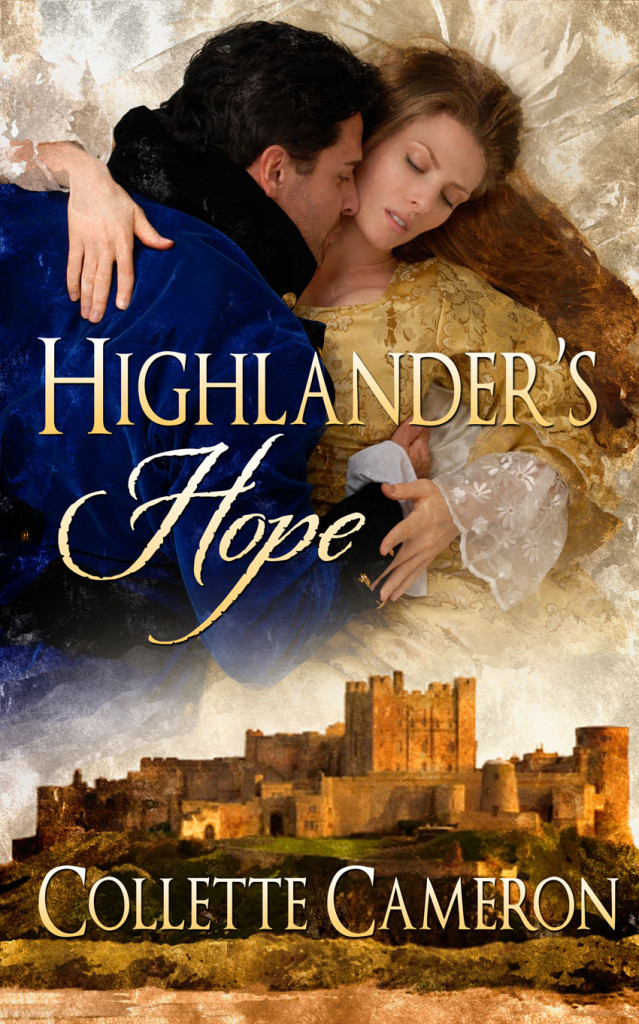 Yvette stood on unsteady legs, grasping the table’s edge for balance. She strove for poised composure, despite feeling like a powerless pawn in a despicable game of human chess, played for the amusement of those who enjoyed tragic endings at the expense of someone else’s happiness-no-their very existence.

The Great Hall radiated silent tension. All eyes were on her. She looked at the strangers staring at her, their eyes reflecting a myriad of emotions. Embarrassment, horror, dismay, pity, outrage, compassion, and yes—even a few smugly satisfied.

“You knew?” She looked to Hugh and Duncan, before swinging her gaze to Alasdair and Gregor. They bowed their heads in chagrin. Her turbid gaze swept the rest of Ewan’s family.

“You all knew?” Yvette searched Giselle’s sorrowful eyes, then Adaira’s tear-filled ones. “You must think me such a fool.” Her agonized whisper exposed her vulnerability. Her shame. Her absolute humiliation.

She whirled around. “Don’t you touch me,” she hissed between stiff lips.

Yvette knew her gaze was a mirror of desolation when she finally met his eyes. “How could you?” she whispered. “I trusted you.” She’d never make that mistake again.

She slapped away his hand. “Don’t.”

She clenched her teeth to still her quivering mouth and chin. Closing her eyes against the torrent of tears cascading down her face, she drew in a bracing breath.

Lord, give me the strength to walk from this room with my head held high.

On wooden legs, she stepped away from her chair.

Ewan grasped her elbow, restraining her. “Evvy, I don’t know what she told you, but . . .”

Collette Cameron, a Pacific Northwest native, was born and raised in a small town along the northern Oregon coast, which to this day, continues to remain one of her favorite retreats. An enthusiast of times gone by, Collette currently writes Regency historical romance.

You can find out more about Collette by visiting her author page, www.collettecameron.com. If you found this article and excerpt interesting, you might also want to learn more about her most recent book, Highlander’s Hope.