Hi Everyone! We’ve got a lovely surprise for you here on Regency Reflections this week, and it involves the latest book release from one of our very own bloggers! Mary Moore’s second novel released on January 1st, and is she ever excited to tell us more about both her book, Beauty in Disguise, and writing Regencies.

To commemorate the release of Beauty in Disguise, we’ll be interviewing Mary for two days in a row, and Mary has agreed to give away two copies of her book for each of those days. To enter the giveaway, simply leave a comment at the bottom of the page, and you’ll be notified of the winner on Wednesday, January 16.

So without further ado, here’s a little more about Mary: 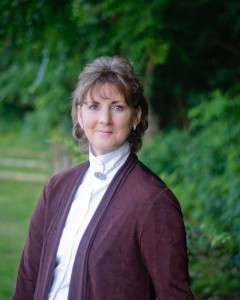 I have been writing historical fiction for more than 15 years. After battling and beating breast cancer, I’ve become more excited about my writing. I want to incorporate some of my struggles   throughout my books, and I am dedicated to encouraging others in the Lord and using my writing for God’s glory.

My debut novel, The Aristocrat’s Lady, won several acclaimed awards, including the 2011 Reviewers Choice Award by RT Magazine for Best Love Inspired Historical, and the 2011 Holt Medallion Award from Virginia Romance Writers for Best Book by a Virginia Author. I also received an Award of Merit for Best First Book and Best Long Inspirational by the VRW.

I am a  native of the Washington, DC area, but my husband and I now live in the beautiful Blue Ridge Mountains in southwestern Virginia. When not writing, I love to read, minister in my church, and spend time with my husband and black lab, Darcy.

I love to hear from readers! I can be reached on my website at www.marymooreauthor.com or emailed at mmooreauthor@swva.net.

1. What drew you to write during the Regency Time Period?

I read Pride and Prejudice for high school and loved it. But the real love affair began     when I read Georgette Heyer. I devoured her books and was devastated when I found out she was not alive, and there were no more to come! Then I discovered that Zebra (I think     it was Zebra) Publishing had a book club where you got four new Regencies every     month…I signed up and was deliriously happy until it dwindled down to none.

2. Tell us what year your book is set in and why you chose that particular time.

It was about 1817. My hero, Lord Dalton, refers to his military background several times     in the story. The war is over, but not so far over that it can’t be alluded to comfortably     when needed in the story.

3. What’s your favorite, unique Regency aspect of the novel, something you wouldn’t be able to include in a novel set in another place or time?

There are two really. First, there is the fact that the Lady Kathryn is completely ruined     because she was alone in a carriage overnight with a man, even though nothing physical happened. For a Christian writer who wanted her heroine’s reputation tarnished, it was     easily accomplished in the Regency Era. Second, the only two occupations for a lady of     quality down on her luck were a companion or governess. It fit well in the story to get her     far out of Society and able to don her disguise.

4. What are the biggest challenges to writing in the Regency Period?

I think it is telling stories that give the seasoned Regency reader satisfaction while still     being able to make it understandable to new Regency readers. I found myself reminding     the reader why Lady Kathryn was ruined for new readers and probably overdid it for     Regency aficionados. I want to grab everyone with a story and make them fall in love     with the Regency period at the same time.

5. Who is your favorite Regency Author?

I guess I gave that away in the first question! Georgette Heyer is my all time favorite. She     wrote such great stories with wonderful characters (I love her rakes!) all with wit and     charm from the period that I have yet to find in another. And though her stories certainly     are not faith-based, they satisfy the romantic in me while remaining squeaky clean. And     it’s so silly; I thought I was the only one who knew about her! Imagine my surprise when I entered the writing world and discovered that she is loved by almost all Regency connoisseurs!

6. What is your favorite Regency food, aspect of dress, and/or expression?

Oh, I like the language of the period best. That is one of those trials we talked about     above, throwing in a great expression like “ planted him a facer” or “ diamond of the first water” because it fits so beautifully in the story, but not wanting to water it down with an explanation in the next sentence. I think for the most part, if you can hook a reader with a great story, they will want to read more in that setting, and it doesn’t take long for them to catch on to the language. It’s one of the things that make a Regency so wonderful.

I really prefer a country house probably because I love dialogue. Once you’ve given the     basic background and backdrop, there is a little more opportunity for intimacy; I mean     that in the way of one-on-one conversations, impromptu meetings, etc. But overall my     favorite setting is a waltz, and really that can be done in London or the country.

8. What makes your hero and heroine uniquely Regency?

She is the daughter of a earl, and he is an earl, therefore there are only certain settings 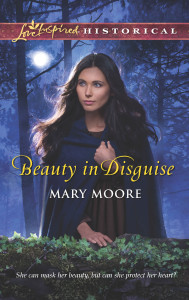 that are available to them. But even though I like the gentility and upper echelon the best,     I like finding ways that they meet with or come into contact with the darker side of the     time period as well. It was only glittering for the ‘upper ten thousand’ – it was not a good     time in history for the lower classes.

Thank you so much for that lovely interview, Mary. I couldn’t agree with you more about the Regency Era being very bright for the upper echelons of society and very dark for the other classes. That’s something I enjoy exploring in my own writing as well.

Mary will be with us again on Wednesday, but before we bid farewell, she wants to know what your favorite sub-genre of Regency is? Suspense? Romance? Anything involving rakes or vicars or both? Answer that question, and you’ll be entered in the chance to win one of two copies of Beauty in Disguise.