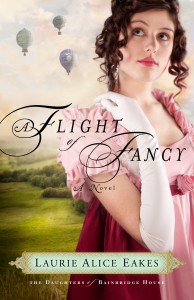 Fancy by Laurie Alice Eakes. I’ve got a gift basket winner picked and ready to announce, but first, lets review the answers to those five pesky quiz questions!

1. A Flight of Fancy is set in 1812. During what years did the Regency take place?

D is the correct answer. Parliament approved the Regency that year and it lasted until the Prince of Wales, the Regent, became king in 1820. Briefly, in 1811, the king rallied, but not for long enough to revoke the Regency.

Often books are labeled as Regencies any time from the French Revolution until the end of George IV’s reign in 1830. This is partly because of Napoleon’s influence over much of this time period, and partly because no one knows what else to call it. It is Georgian. The Regency is a subcategory of Georgian England, which began in 1714 with George I becoming the first Hanover on the throne.

(The Hanovers are still on the throne, but they changed their name from the German to the English Windsor during World War I.)

2. How did aeronauts steer a balloon?

A: They used sails.

B: They used paddles.

D: They used the balloon itself.

I was please to see how many got this right, which means you all are knowledgeable about nineteenth century ballooning. C is, of course, the answer to both. Balloonists’ only way to steer a balloon is through wind currents, raising and lowering the elevation of the balloon through more or less hot air, until the wind is going the right way. This is inefficient and not always successful.

3. Which of the following was not used to make hydrogen for the balloon.

Wax was used to coat the canvas tubing from the beaker of acid to the balloon to keep the hydrogen from leaking out.

4. In A Flight of Fancy, Cassandra Bainbridge is the oldest unmarried daughter of a baron. How should she be addressed?

Forms of address in England were and are some of the most complex details in writing an English-set historical. The answer is D—Miss Bainbridge.

As the daughter of a baron, she is not entitled to the “Lady” form of address. She is a lady because of her birth, but not a Lady, as her birth is not quite high enough. She would have to be the daughter of an earl, marquess, or duke to be addressed as Lady Cassandra. No single lady was addressed Lady Surname unless she held a title in her own right, which was extremely rare.

5. Geoffrey Giles, Earl of Whittaker, is the hero in A Flight of Fancy. How should he be addressed?

This one was easy. Yes, Lord Whittaker. Men of the peerage were addressed by their title. Believe me, though, I have read these other choices in books, along with calling an earl Sir Title or Sir firstname, as though titles were interchangeable. They were not. 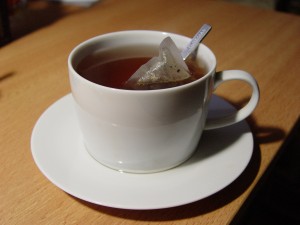 Congratulations to Jan, who answered correctly on last Wednesday’s post about how Cassandra would have been addressed as the eldest unmarried daughter of a baron.